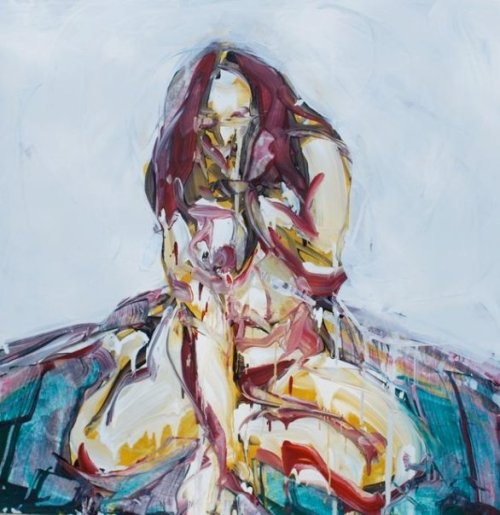 We thank David Ohlerking II for his artwork. Here is a bit of the story of its creation and the process:

“This is a painting of a particularly difficult now-ex girlfriend. My teacher made me keep it even though I wanted to be all dramatic and throw it out. The image was made by scraping paint around after it was brushed on. The scrapes were intended to reflect the heaviness I felt in my arms from the constant threat of controversy inherent in the relationship. I’m much better now.

The painting was made with oil paint on Masonite. The paint had stand oil in it which is a syrupy form of linseed oil (boiled in a vacuum to reduce it.) The stand oil allowed for the scraping tricks. It was initially painted from life up on an easel, then after some terrible argument I went home and painted over it, laid it down on the floor and scraped the form into it.”